Warriors And Mages You Should Try In Lost Ark 2022

If you're new to Lost Ark, you've come to the right place. In this article, I will recommend some warriors and mages that you should try.

Warriors You Should Try

The warriors I recommend are Berserker, Destroyer, Gunlancer, and Paladin from top to bottom.

Berserker is an easy-to-operate warrior. Although, he will be cumbersome to play, but each of his greatsword attacks does very high damage. At the same time, he also has a very strong defensive ability. Once Berserker enters burst mode, he gains increased attack speed and movement speed and unlocks a special ability that can deal massive damage to enemies. Therefore, this is one of the warriors that is very suitable for novices to play.

Destroyer is a class with relatively simple operation. They're able to fend off barrages of attacks, handle crowd control, and deal damage to enemies with their deadly hammers. Therefore, this class is a valuable asset for any team. Due to the output characteristics of this class, Destroyer is more suitable for early-stage raids. If you like to play 3V3 and GVG, he is also very recommended.

Gunlancer is a warrior class that I highly recommend. He not only has a super self-protection ability, a unique ridicule mechanism, but also a good output ability. As long as you use this class when playing a team copy, it will produce twice the result with half the effort. Overall, this is a very strong class.

The operation difficulty of Paladin is actually not high. His main problem is that it is difficult to level up in the early stage, but in his later stage, he is almost popular among players. Not only can he support their team from behind with divine skills and buffs from the holy book, but he can also wield a sword and bring punishing skills to bear on the front lines. Therefore, I highly recommend players with fixed teams to play this class.

Mages You Should Try

The mages I recommend from top to bottom are Arcanist, Summoner, and Musical Bard. 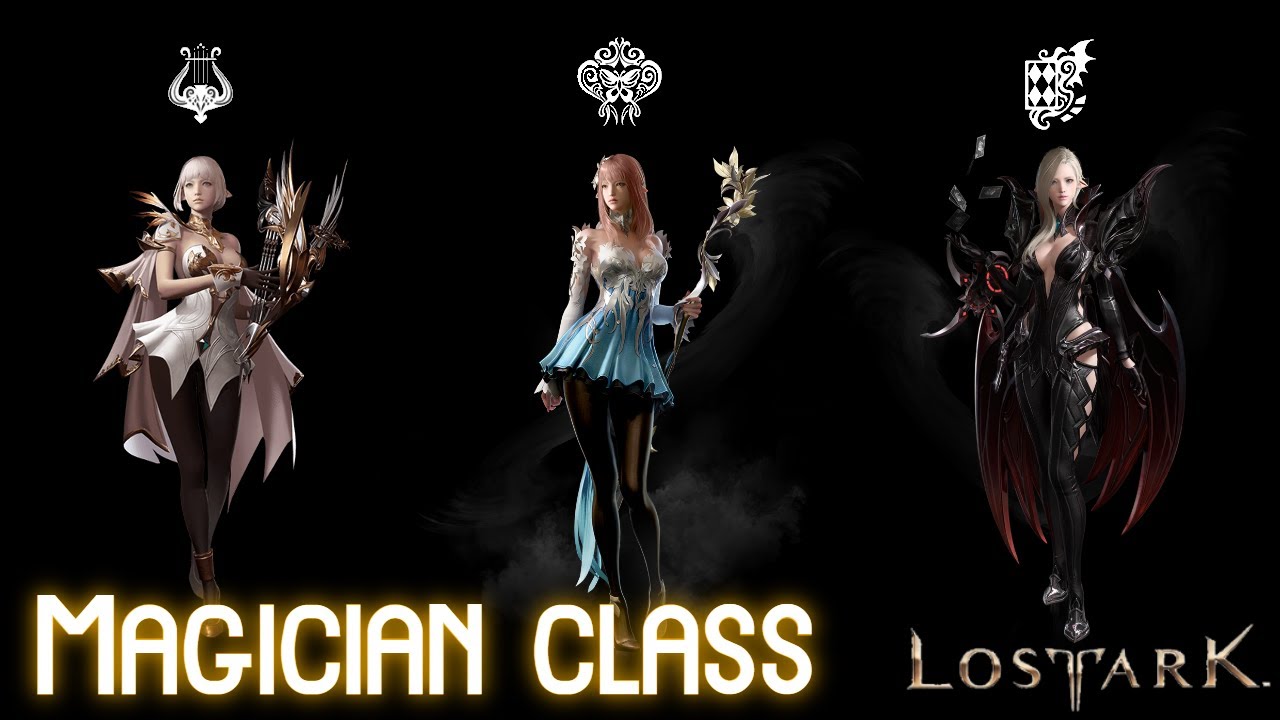 Arcanist is a squishy melee mage. This class is very particular about your operation skills, the better you operate, the higher the damage she will output. However, Arcanist has relatively high requirements for level and equipment, your sense of experience will be very bad before she is formed. Although this class looks good in appearance and attire, it is still not recommended for novice players to choose this class!

Summoner is a remote output mage. The operation difficulty of this class is above average, so it is more suitable for players with certain operations to play. Her defense is low, but she has long-ranged abilities and very fast movement speed. Therefore, she has higher survivability in combat than other classes.

Musical Bard is one of the only two supports in the whole class. The operation difficulty of this class is not high. Although it takes a long time to upgrade Musical Bard in the early stage of the game, but in the later stage, she will have a very powerful support effect and is very suitable for players who like to play raids. Therefore, you have a fixed team, you must choose Musical Bard.

That's all for this article. We will update recommendations of other classes on this website. Instead of waiting, you can take a look at our other services. For example, you can buy Lost Ark Gold here and check out more free game guides. Act now!

Next: How To Change Your Server To Everlook Vanilla?
Previous: IGGM: Anti-Counterfeiting Statement