How Can We Experience Black Adam Beyond the Film? DC Universe Online and Other Games Are Recommended!

The DC Universe's Black Adam is a lighting-wielding supervillain and anti-hero, one of the main nemeses of Shazam and The Marvel Family. While perhaps not as well known as other DC regulars like Batman and Superman, he has appeared in numerous comics and related media since his creation in 1945.

Now with a blockbuster film to his name, the character has become more mainstream than ever, and there's never been a better time to look back on his history in video games. While Black Adam doesn't have too many game credits, the ones he has are memorable. From fighting games to Fortnite to even the Lego series, here are some of the best ways to play as the mighty king of Kahndaq.

DC Universe Online
First thing first, as a loyal player of DC Universe Online, I would highly recommend this game to you. It is a free-to play game that has been running for over ten years and has 44 unique episodes. The latest chapter is all about Black Adam. In it, your custom DC hero heads to Kahndaq to assist him after a deal with Neron, the god of the Underworld, goes awry, plunging Kahndaq under Neron's control. 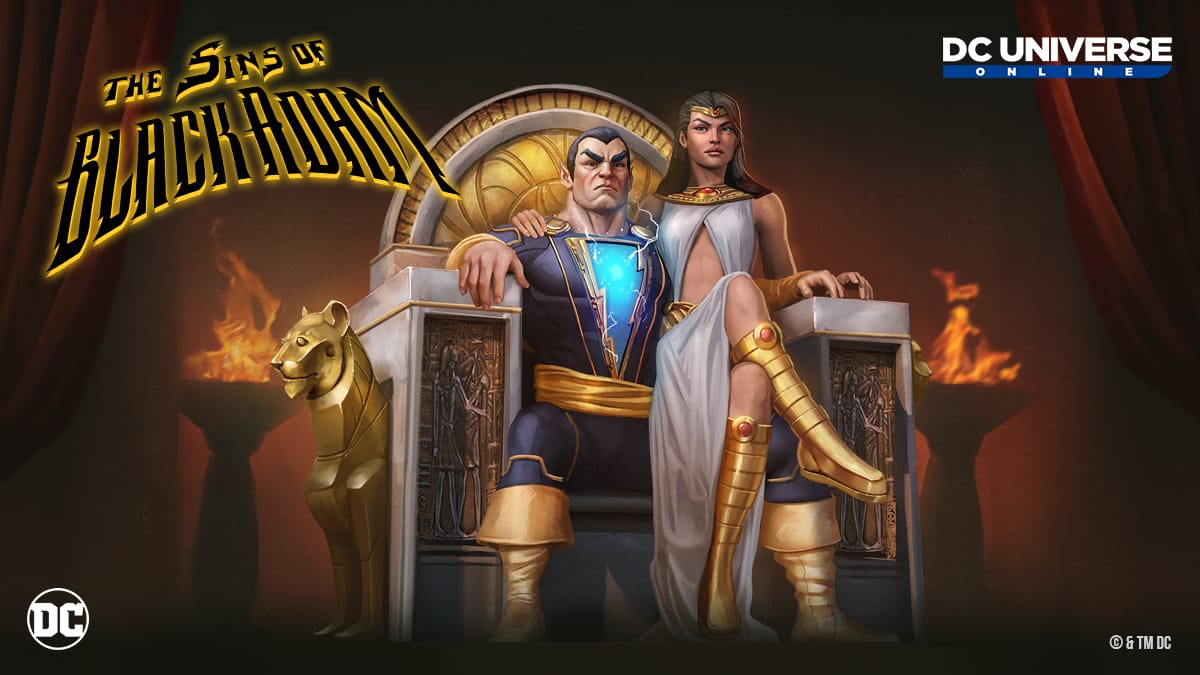 Black Adam appears in many capacities in DC Universe Online as a playable character and ally. With so much new, free content intentionally themed around him at the moment, fans of the character may want to use this as an entry point into DC's deep, long-running MMO adventure. Also use DC Universe Online Cash to gear themselves, become stronger in the futuer.

Fortnite
Yes, it seems like everyone winds up in Fortnite these days. Superheroes. Street Fighter characters. Even Naomi Osaka got her own cameo. But now that Black Adam's star is rising, it makes sense that he'd join the battle royale, too. His Teth's Throne emote lets him recline in royal splendor, and Hawkman has even lent him his mace to use in battle.

It's humorous to see a near-invulnerable villain with godlike electrokinetic powers running around with Fortnite's guns, but apparently he's agreed to play by the rules. The Symbol of Shiruta on his back will even glow after every kill so that he can display his dominance to others even with his powers tied behind his back.

Injustice 2
Black Adam is a character in both of NetherRealm's Injustice fighting games, and Injustice 2 is the best game out of all of these entries if you're looking to play as him. Injustice takes place in a darker version of the DC universe, in which Batman and Superman have become enemies, causing a splintering of the Justice League into two factions. In the lengthy storyline that unfolds, Black Adam is generally an ally to Superman, although he is willing to assist Batman when their goals align and Brainiac threatens Kahndaq's safety.

Injustice 2 is Black Adam's finest video game showing, not only for how well-written, voiced, and animated he is but also for how strong the character is. He's one of the highest-tier characters for competitive play, excellent at any range. His long movelist includes multiple attacks that track opponents wherever they are onstage, and if players do manage to get in on him, his Character Trait will shield him with floating electric orbs

If you're looking for a fully realized and complex representation of Black Adam that doesn't feel like a cameo or movie tie-in, Injustice 2 is sure to spark your interest.

Lego Games
For a more whimsical take on the character, you can also find Black Adam in Lego Batman 2 and 3 and their spin-off, Lego DC Super-Villains. These open-world games stand out for their huge rosters of characters, sense of humor, and strong voice casts. Super-Villains, naturally, is the one to go for if you're more interested in the bad guys, and Black Adam has plenty of fun electric moves, including projectiles and a continuous beam of electricity he can aim with a reticle on the screen.

The Lego games are very kid-friendly and won't provide the biggest challenge. But few games let you play as so many lesser-known characters, and the loving parodies of normally serious DC figures are endearing.

As one of the biggest fans of DC Universe, Black Adam's movie did make me exciting. I hope you guys can enjoy those games and the film, it's a great moment for our DC fans.