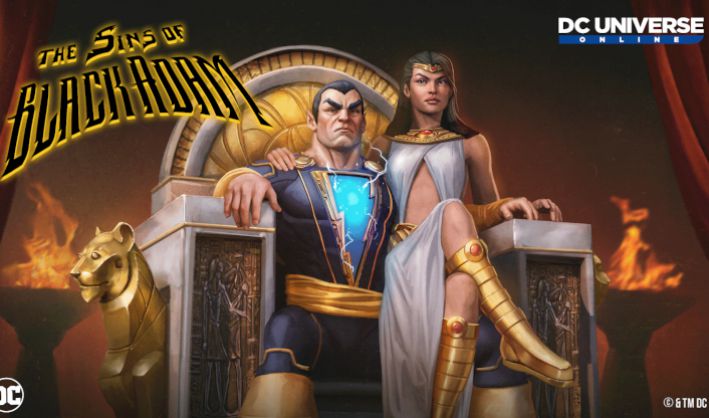 Recently, Dimensional Ink Games announced the details of Episode 44: The Sins Of Black Adam, which is featuring Black Adam. As Halloween is approaching, the developers have also rolled out the festival's related events in this updated game and announced that Episode 44 will go live on October 26, 2022.

Looking back at the previous storyline, we know that Black Adam went to the Underworld twice in an attempt to resurrect and rescue his wife Isis, but both failed.

This time, he was still determined to enter the Underworld to rescue his wife. The difference is that this time he chose to strike a deal with Neron once and for all. Whether Neron can be trusted, however, is uncertain. In the face of those who like to trifle with the dead, it is unknown what kind of test the living will face.

In the upcoming update of The Sins of Black Adam, players will be challenged with different themes such as good and evil, between life and death, between love and despair.

Here are the specific updates for The Sins of Black Adam. First, in addition to normal and elite versions of all On Duty content, there will also be level-independent active versions available for a limited time. Second, the update opens up world missions, which include a solo, alert, and two raids. Third, Episode 44 is mainly based on DC characters such as Black Adam, Shazam, and Isis. Fourth, all the locations and storylines explored by the players are mainly inspired by Egypt and Egyptian mythology, and one of the most distinctive places is the Infernal Kahndaq overrun by the Underworld. Fifth, players will get new rewards including gear and styles in this update.

That's all for this update. Finally I want to stress that IGGM is always concerned about your gaming experience, you can get the latest DC Universe Online information here and buy DCUO Cash at any time. We will always wait for your consultation and order, and provide you with excellent service!