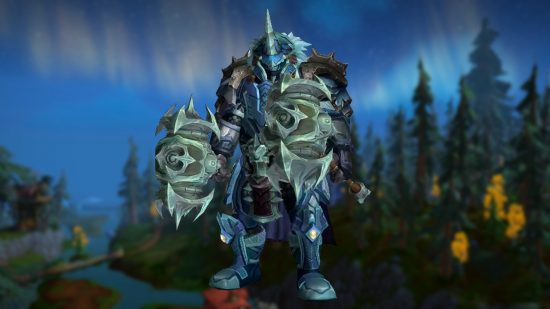 WotLK Classic has had a series of small bugs since its release, some of which have seriously affected the retro-MMORPG experience for players.

In response to this problem, developer Blizzard Entertainment recently released a hotfix patch. This patch mainly fixes some bugs that have the biggest impact on gameplay.

One of the fixes was to correct the loot errors. As the game would sometimes automatically turn on the Master Looter regardless of any team, the developer made an emergency fix for this issue. Players now have team-respecting loot settings. At the same time, the in-game Heirlooms can also correctly provide players with combat level bonuses.

The second fix is about spells. The following spells have been adjusted:

1. Mind Flay (and other "similar spells"): This spell no longer benefits from movement impairment reduction as a cast speed bonus.

2. Warrior's Taste for Blood rank three: The spell now triggers every six seconds instead of once every nine seconds.

The third fix is for classes that summon pets. While there are still players complaining about their health bars being halved by getting on and off their mounts, at least now Blizzard has fixed an issue where pets would spawn at incorrect levels.

If you fancy seeing more news or guides about WoW WotLK Classic, please head into our web, IGGM.com. Here you can also buy WOTLK Classic Gold at a great price. In order to make your buying experience satisfactory, we will also attentive to provide you with a 24/7 online service. Come now!