An Ultimate Guide For Nexus In WotLK Classic

With the release of WotLK Classic, in order to expand the inner circle of the Lich King and his struggle, Blizzard has successively added three dungeons: Pit of Saron, Halls of Reflection, and Forge of Souls. However, even so, they still cannot resist players love the Nexus.

Nexus is an ice fortress in the heart of the island Coldarra in Borean Tundra. It's a column of magical energy surrounded by a suspended ring of dirt. At the same time, the Nexus is a labyrinthine instance, as it's filled with tunnels and caverns that run beneath Coldarra.

In fact, getting into Nexus is not easy either. Unless you've unlocked flying Northrend, you're going to have a hard time.

How To Enter Into Nexus

As we mentioned before, to get to the Nexus we have to find our way to the island of Coldarra, which is in Borean Tundra. You first need to head to Amber Ledge. This place is a hub. There you can find a bridge connecting Coldarra to the Borean Tundra. Since Coldarra is an island, the best way to get to the Nexus is to fly directly over it. In this case, you have to collect enough WOTLK Classic Gold in advance to unlock the flying. 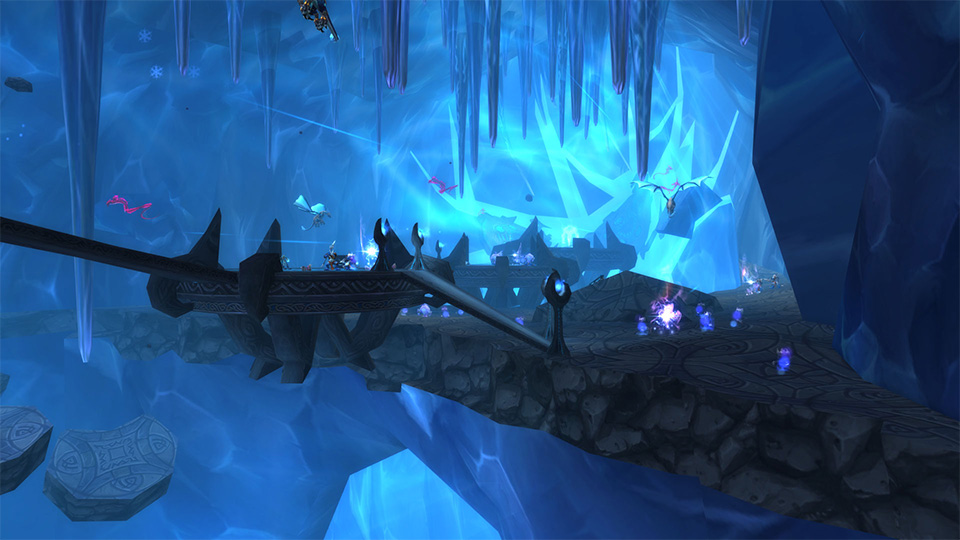 In short, after reaching Amber Ledge, you will find dragon Surristrasz, who will take you to Coldarra. Next, head to the heart of Coldarra. There, you'll find that the Nexus has a crack. Below the rift, you'll find the instance's entrance.

The final boss Keristrasza, a captured red dragonflight hids in the Nexus is. If you want to fight it, you'll first have to fight three bosses named Grand Magus Telestra, Anomalus, and Ormorok the Tree-Shaper. After you defeat them, you'll be eligible to challenge Keristrasza.

Oculus is at the heart of the Nexus. Since this instance is vehicle-oriented combat, it's pretty much the most hated dungeon for all WOTLK Classic players. According to the game's plot, Malygos wants to break all ties between humans and magic, and therefore plans to change the direction of the leylines. And in order to prevent its plot from succeeding, we must stop it. So, in Oculus, we have to defeat Drakos the Interrogator, Varos Cloudstrider, Mage-Lord Urom, and Ley-Guardian Eregos respectively.

When you're in an instance of the Eye of Eternity, it's best to team up with other players. (The number of people required is 10 to 25 people). The purpose of this instance is similar to the previous one, both to stop Malygos' evil plan. However, since this was a single-boss raid with only Malygos, this instance was more of a team-based process and could easily leave all players with fond memories.

That's all for this guide. If you want to check more free guides about WotLK Classic, or want to buy WOTLK Classic Gold with cheap price, you can come here. With sufficient WOTLK Classic Gold, you can unlock flying, and quickly enter Nexus and other places that require flying to enter.