A Stunning Drawing Of Blaidd Completed By An Elden Ring Player

Recently, a user named unnamed_art created a stunning painting of Blaidd. The player stated that he wanted to use a unique art style in this painting to honor Blaidd.

From this painting, we can see the half-wolf side of Blaidd. His mouth was wide open, as if he was involved in a fight. He drew his Royal Greatsword, as if fighting the enemy to the death. His weapon is covered in blood, and you can also see streaks of blood in some places in the painting. It can be seen how fierce this battle is. The details of the cloak and armor exposed in the painting are also very good. Of course, the most eye-catching thing is Blaidd's werewolf fur. Having said all that, do you really know Blaidd?

Blaidd is a character universally loved by Elden Ring Players. He is the half-wolf, half-human guardian of Ranni the Witch. Although he speaks a unique Welsh accent, his voice is very sad. This often reminds players of the tragic situation that befell him.

Since Blaidd is one of the NPCs that can be encountered early on in the Elden Ring, Tarnished can encounter Blaidd at the beginning of his journey through the Lands Between. In FromSoftware's traditional style, if you want to meet Blaidd, you have to deal with a series of complicated things first. Specifically, you first need to find Merchant Kale and get the Finger Snap gesture from him. Once you get the gesture, you'll want to use it near the ruins of Mistwood. Only when these requirements are met will Blaidd jump from the perch.

When Blaidd is present, he doesn't act aggressive towards you. Instead, he will speak to you with a distinctive Welsh accent. In later events, Blaidd would join the Tarnished in several battles, attend The Radahn Festival, and help the Tarnished discover Nokron, Eternal City. However, these things happened before his tragic situation. 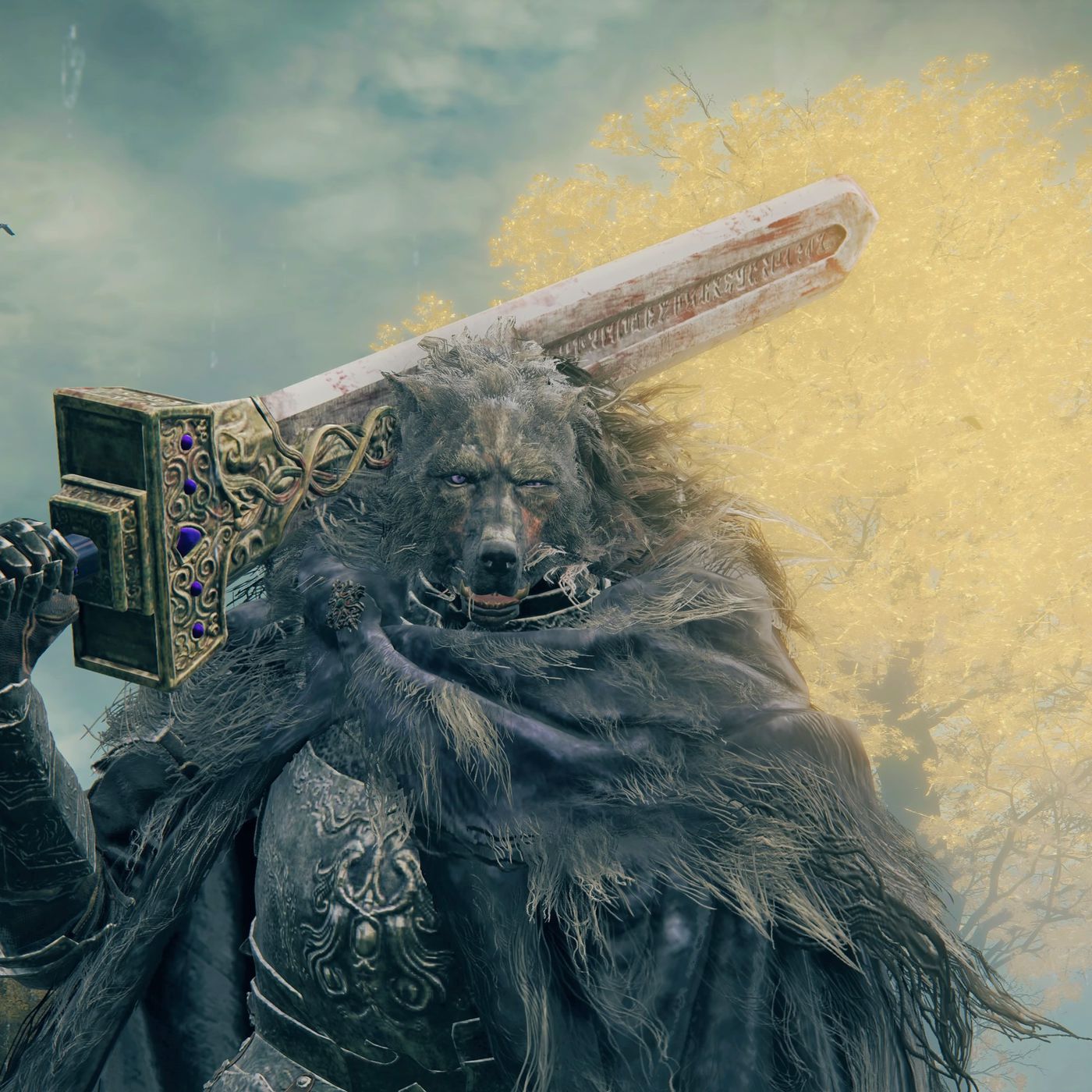 A gigantic sword that appears on the painting is called the Royal Greatsword. This weapon is actually one of the largest weapon classes in Elden Ring. According to legend, we can know that the sword was actually obtained after Blaidd lost his mind and was reborn on the steps of Ranni's Rise. If you click on the item description of this sword and have some simple and vague conversations with NPCs in the game, you can also learn some stories about Blaidd.

In fact, Blaidd was a gift from the Two Fingers to Ranni. But due to some reasons, Ranni betrayed the Greater Will. According to the custom, Blaidd as the Fingers' gift is to betray Ranni. However, from Iji's dialogue and Royal Greatsword's description, we can learn that even though Ranni betrayed the Fingers, Blaidd remained loyal to her.

However, when Ranni actually left Lands Between, Blaidd faced the harsh reality and finally lost his mind. Instead of choosing to rebel against Ranni, he slaughtered all the Black Knife assassins that might threaten its master. From this story alone, we can imagine how miserable Blaidd's life was. However, because Blaidd is full of stories, he has become the object of artists after the release of Elden Ring.

If you are very interested in such news, you can continue to pay attention to this website. You can not only see the real-time information and guides of various games, but also buy Elden Ring Runes. If you use the use code "CSCCA", you can also get 5% off. If you happen to have such needs, then come and take a look!