Elden Ring, developed by FromSoftware, has garnered critical and commercial acclaim since its launch in February. Just a few days ago, the game won the Game Of The Year award, becoming one of the few frontrunners to win the award.

One of the reasons why the Elden Ring game is so popular is that there are many unique and powerful bosses in the game, such as Malenia - Blade of Miquella, Godfrey - The First Elden Lord, and Rennala - Queen of The Full Moon.

The boss I want to mention in particular today is not as well-known as the above bosses, but he has also been welcomed by many players. He is Godrick The Grafted. Godrick The Grafted is the leader of Stormveil Castle. He is the first demigod most players encounter in the Elden Ring, and a descendant of Godfrey - The First Elden Lord. He's not a mandatory boss though, so players don't need to defeat him to progress through the story.

If you've encountered this boss in Elden Ring, you'll know that Godrick has multiple arms growing out of his body. According to the Elden Ring lore, Godrick would graft body parts from his opponents onto himself in order to become more powerful. Recently, an eagle-eyed Reddit user lilBob1989 shared an image showing Godric's hand on the social media platform. He says he discovered an interesting detail about Godrick The Grafted and his fingers. 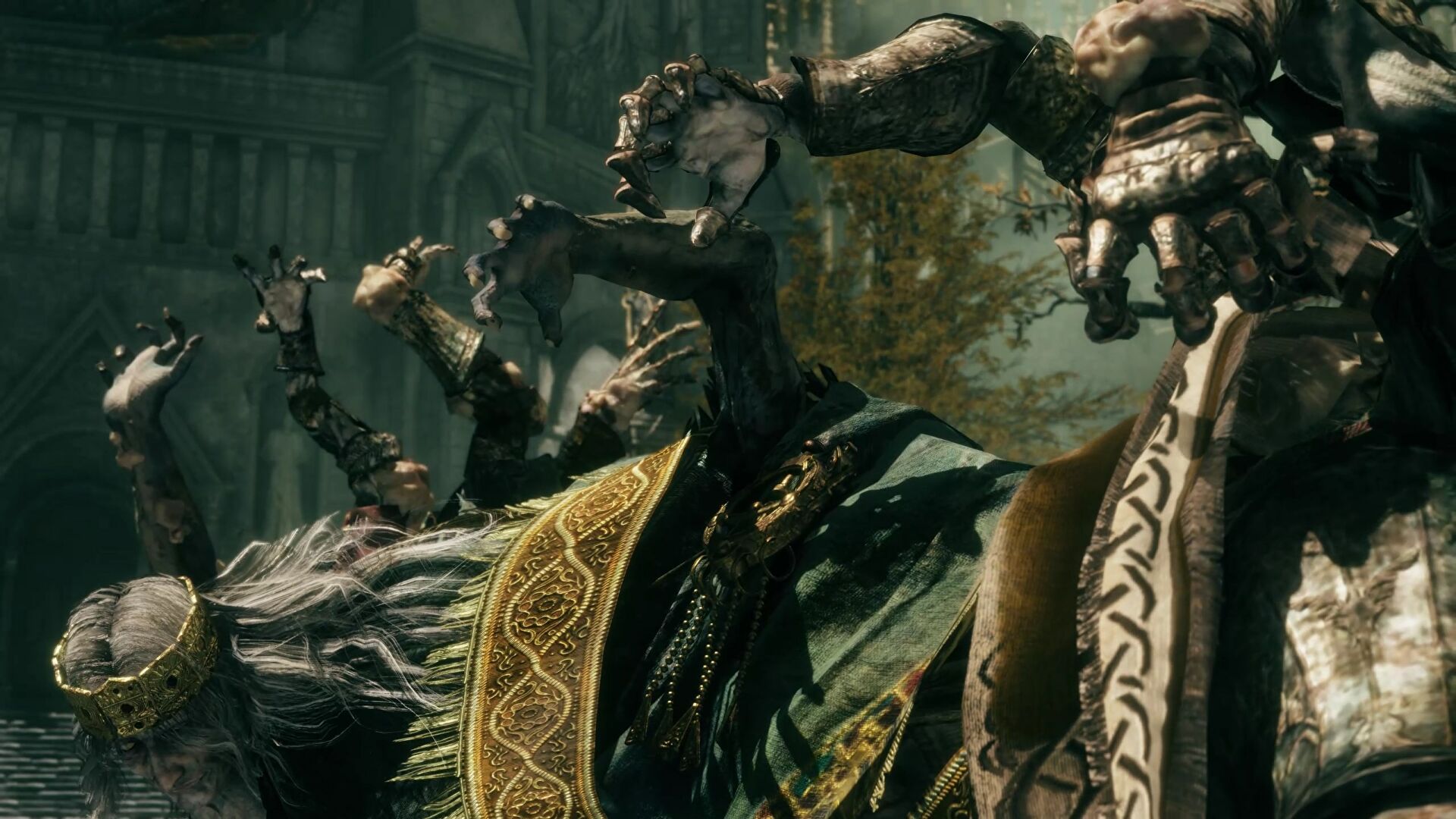 If you just glance at the picture shared by this player, you won't find anything unusual. But if you look closely, you will be surprised to find a very small detail. That is, Godrick's hand actually has six fingers instead of five. Based on this discovery, many players in the Reddit community have speculated about the origin of the sixth finger. Some players believe that this is intentionally designed by the developers. Some players believe that Godrick's extra sixth finger, like other body parts, was grafted from his opponents. There are also some players who believe that none of the fingers are actually Godrick's and that he grafted all of them.

Since neither the developer of Elden Ring nor the lore mention anything about Godrick's finger, this image shared by a player caused quite a stir. But in my opinion, since his whole body is covered with grafted parts, it is no wonder that he has one or several fingers grafted.

That's all for this article. If you are interested in such news or want to check more game news or guides, you can come here. What's more, in order to provide you with more perfect service, here you can also buy Elden Ring Runes. If you use code "CSCCA", you can also get 5% off. With sufficient Elden Ring Runes, you can equip better gear to challenge the bosses in Elden Ring and complete tasks faster. All in all, preparing enough Elden Ring Runes is your good choice.

Next: An Ultimate Guide For Nexus In WotLK Classic
Previous: IGGM: Anti-Counterfeiting Statement