From the very beginning of its development, Elden Ring has attracted a large number of Souls game fans with its difficult gameplay and enemies, and its content has also spawned a unique culture within the fan community and beyond. Among them, the most notable is the excavation of cut clips and metadata about Elden Ring, from which we can learn about the original game concept of the producers and more mysterious legends of The Lands Between.

Malenia has always been the most talked-about in-game character of Elden Ring. She is one of the final bosses, and because of her powerful damage, she became the target of many players who repeatedly challenged, and spawned interesting characters like "Let Me Solo Her."

Malenia, known as the strongest Boss in the history of FromSoftware games, is still popular. A modder named Kotn3l recently discovered that FromSoftware seems to set the higher difficulty of Malenia when at the beginning of development. 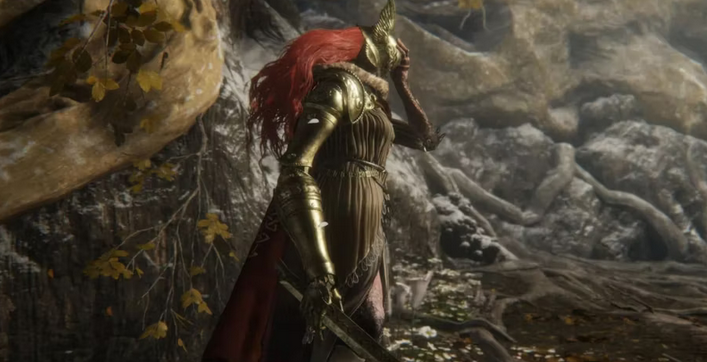 After digging through the data for version 1.0, Kotn3l found that Malenia's previous attack was more aggressive than the current version, and her notorious signature attack Waterfowl Dance will also strengthen over time and has nothing to do with health, which means The attack is launched frequently. Moreover, what is interesting is that in the original production, Malenia's ultimate move was not Waterfowl Dance, but an attack called Malenia's Blade. From the description, Malenia's Blade can move and slash at the enemy very quickly and repeatedly, and Waterfowl Dance is used interchangeably. At the same time, when Bossfight enters the second phase, Malenia will also release more frequent Aenoia moves and continue to launch these agile attacks.

After the balance adjustment, the above attacks have been weakened and improved to a certain extent. But even so, Malenia has become an icon in Elden Ring because of its high difficulty, and players can get a sense of accomplishment and more fun from it.

If you're still struggling with Malenia's Bossfight, IGGM has practical help for you. You can buy Elden Ring Items at a low price here for quick reinforcement, we will provide you with thoughtful service and discounts, you just need to use the code "CSCCA" to get 5% off.