Best Builds For Greatsword And Bow In New World

In New World, players will customize the build that suits them best according to the battle situation. Therefore, meta builds may not necessarily be the best builds in some cases.

Take PvP as an example. This mode is just a small-scale battle between players and players, so more attention is paid to the player's own construction. And some large-scale wars generally pay attention to the cooperation between players. Each player has a role to play, so their builds are primarily meant to serve the group as a whole. In addition, since each server in New World has its own characteristics, players will first consider what type of opponent they will encounter when making a build. As long as your custom build is good, you can use your build to perform well and have the chance to lead your company to victory. Likewise, your company and faction members will think hard about what their best builds are.

All New World players, newbies and veterans alike, need to take care when it comes to customizing their builds and choosing their weapons. That is to fill in their deficiencies according to the conditions of the weapons themselves. Specifically, you'll need to use one weapon to make up for what the other lacks. For example, the higher the Bow's Dexterity, the more powerful the weapon will be. And if Great Sword wants to exert a huge effect, its Dexterity and Strength need to be further improved. So when assigning points, you might as well dump them all on Dexterity. This effect is better than distributing between Strength and Dexterity. Especially when you crank up your Dexterity to 300, you can also deal heavy hits to enemies while dodging quickly. While it says this effect only activates every 10 seconds, combining it with the Aggressive Shift and Keen Posture Great Sword passives provides regular crit damage. Next, I'll focus on a PvP Bow and Great Sword build guide.

If you focus more on PvP and PvE modes, then your builds will mainly rely on skills and passives. And these skills and passives mainly come from the Onslaught tree. In this way, if the player still wants to be a tank, he can choose other weapons. 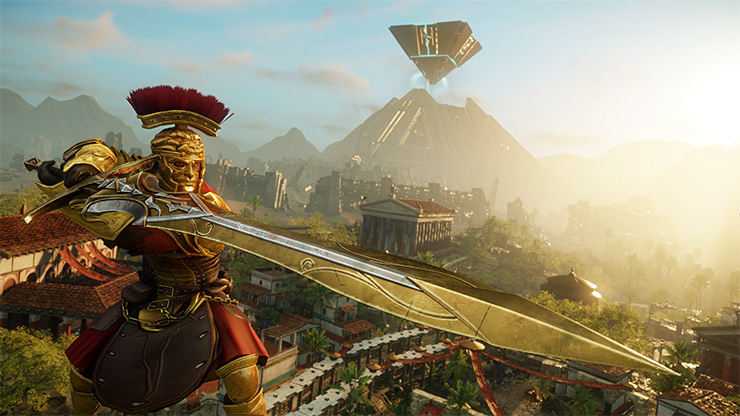 A Great Sword's defense is much lower than its attack potential. But in order to make better use of Great Sword, you must use it under the premise of ensuring good defense. Therefore, you can use the Onslaught skill to upgrade this weapon. This not only guarantees the speed of upgrades, but also allows re-speced points in the future.

There are actually two "stances" in Great Sword, Onslaught and Defiance. Both of these stances are usually triggered by using skills in their respective trees. If you want to pull enemies back when they run away, you can choose the Roaring Rupture skill from the Defiance tree and the Adaptive Rupture passive. The healing aspect of Defiance will allow players to be more self-sufficient while fighting. If you are a Life Staff user in New World and have a good build, then you should definitely try to participate in PvP.

Speaking of Bow's PvP builds, you can basically find them all in the Hunter tree. This is mainly because the Skirmisher track has more close-range abilities, crowd control, and mobility.

Close-range abilities and crowd control are not as useful when using the Great Sword with a Bow, since some players may use the Great Sword for melee combat. If you plan on using bows for close quarters combat, make sure to choose the Evade Shot from the Skirmisher tree in your build. Because this skill has strong mobility. As far as New World weapon tiers go, Bows have been popular in PvP since the game's launch.

Of course, if you want to get more sophisticated weapons in New World, you still need to invest a lot of New World Coins. If you have a lot of money, you might as well prepare more.