Just yesterday, December 6th, New World ushered in its new round of update. In this update, the crafting tiers have been completely overhauled to make it easier for players to obtain, new mutated expeditions have been introduced into the game, and some content has been modified to improve server balance and faction play. But in fact, the most let Players are excited about the return of the Winter Convergence Festival.

The Winter Convergence Festival returns to Aeternum with brightly decorated settlements, holiday quests, a new world boss, and unique rewards. All of the above add to the festive cheer of Aeternum.

As of now, New World, the first MMORPG launched by a famous video company, has been online for more than a year. The game lost popularity in the early days due to some problems. Fortunately, however, the developers have not given up and have continued to work hard. Now New World has come a long way. Over the past year, New World has undergone several major updates. In these updates, the developers improved the mechanics, added new weapons, redesigned the entire starting experience, and made a lot of changes in terms of progression and crafting in order to make the game process smoother for players. Therefore, compared with the time of release, the current New World, in addition to accumulating many small improvements and greatly reducing the grind, more importantly, the current gameplay has become smoother and more interesting. 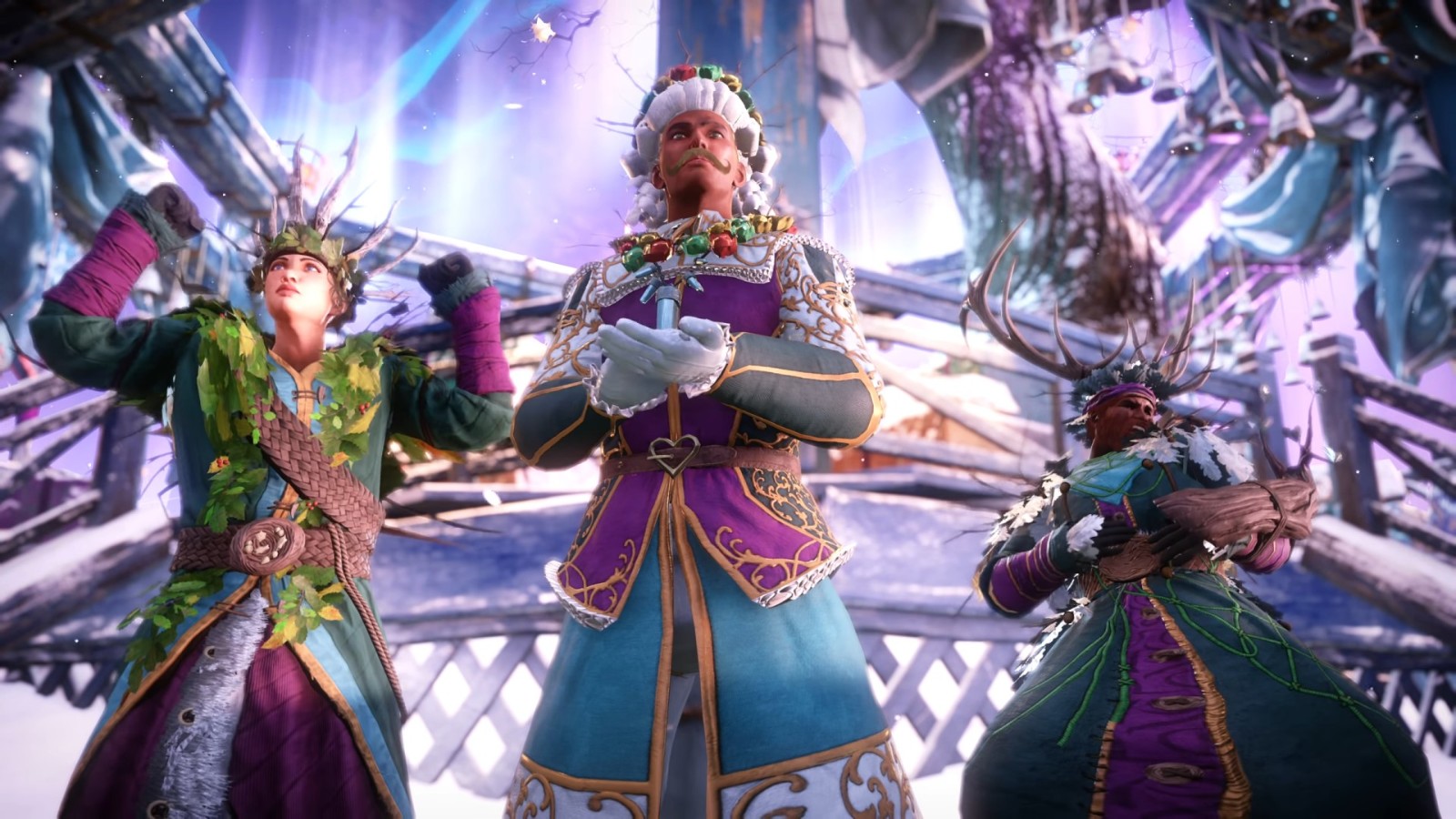 As for the return of the Winter Convergence Festival, you can not only see snowfall, northern lights, festive decorations in Aeternum, but also participate in some seasonal activities. Whether you're currently in Everfall, Monarch's Bluffs, Weaver's Fen, Brightwood, or the newly added Brimstone Sands, you can complete some holiday quests by visiting Winter Wanderer. When you complete a holiday quest, you can get Winter Tokens. When you spend Winter Tokens, you can earn limited-time items like emotes, housing items, and holiday skins. If you're lucky, you'll also be able to collect gifts under the various Trees of Light in the settlements. During this event, you can also challenge the new Winter Warrior world boss. This time you can gather more than 20 players to defeat this new world boss. Of course, once you've defeated the Winter Warrior, you can earn special rewards.

Additionally, the crafting tiers have been completely overhauled in this update. As a result, there are now many recipes that can be crafted at any tier without being restricted by tiers. For example, Stat potions, health and mana food, and procedural gear will no longer be gated. However, named gear and more specialized items still require you to travel to higher-tier stations to craft.

The above is the main content of this major update. If you want to complete the holiday quests in this returning event faster or defeat the new world boss faster, it would be a good choice to prepare some New World Coins in advance.

Next: Details On The Upcoming Summoner In Lost Ark
Previous: IGGM: Anti-Counterfeiting Statement (Updated On January 2023)