With The Elder Scrolls Online bringing the brand-new Lost Depths DLC, players can not only enjoy the exciting storyline but also gameplay in it. You can also see the developers' efforts to improve the game experience in the upcoming Update 35.

Recently, the Lost Depths DLC and Update 35 opened up the announcement test server. Players can download and access the test environment by toggling "Show Public Test Environment." Thus, new content can be evaluated. 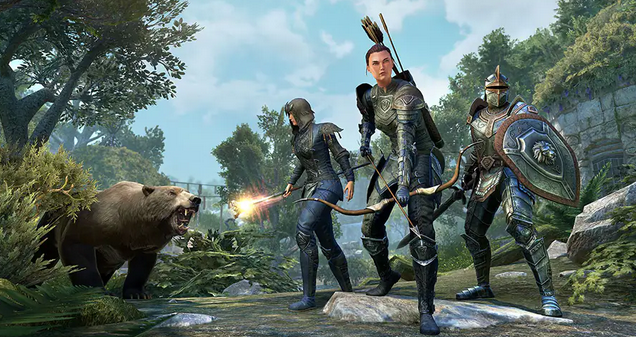 In the original base game, players had to understand the "weaving" mechanic in order to win in battle. This is an act of accumulating multiple actions over a global cooldown window, increasing the damage that players end up unleashing. However, this mechanism will lead to a huge difference in performance, and the gap between players with different interaction effects will gradually widen.

And Update 35 aims to make balance adjustments to the above situation to shorten the gap. In the test server, we'll see the developers adjust these damage stats to a fixed amount to reduce the impact of light and heavy attacks on the damage. This change will narrow the gap between high-end and high-end performance without compromising the low-end experience.

It is worth mentioning that the improvement of the buff or debuff effect of various items in the combat system can improve the gameplay experience of PvP and PvE for players.

All in all, Update 35 brings a big change in basic attack and how it deals damage has been radically changed. Both novice and veteran players will experience more fun in the process of learning and using the "weaving" mechanism.

Update 35 will be coming to PC/Mac with the Lost Depths DLC on August 22, and players will not only be able to capture the fun in an all-new combat system, but also challenge powerful enemies in new dungeons for even more loot.

IGGM.com will continue to bring you the latest news about The Elder Scrolls Online. If you don't have time for leveling and strengthening, feel free to contact IGGM and buy ESO Gold here. We will bring you the lowest price and the fastest delivery.