Careful players can find that the launch time of these new servers is not long after the release of Brimstone Sands. (Brimstone Sands is a large expansion update for New World that launched on October 18, 2022, including Egyptian and Ancient Roman-themed action) In fact, one of the reasons for these new servers to go online is actually to satisfy players' huge demand for the new expansion. As the Amazon Games team says, these new servers greatly improve the overall pace of New World.

However, I think the "Fresh Start Worlds" servers do much more than that. Due to the blank slate nature of these new servers, you'll find all claimable territories, fresh economies, and many other new discoveries in them. Whether you are a novice player of New World or an old player who has not logged into the game for a long time. These servers mean a fresh start to you. Because once you log into these new servers, you need to create brand new roles. 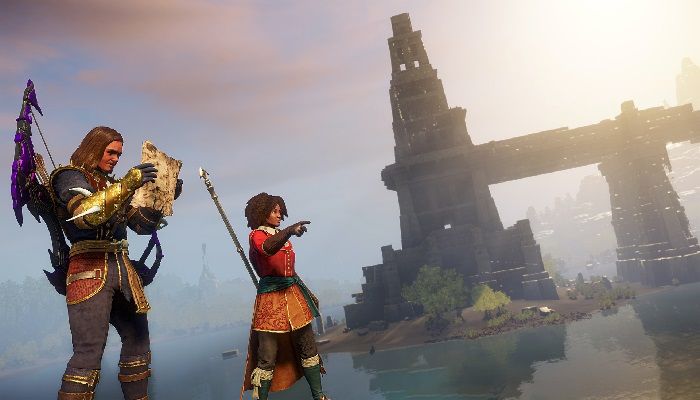 Meanwhile, the "Fresh Start" servers also come with some completely redesigned early game experiences. This way you can experience all the changes that have taken place in the first year of the game while enjoying less travel and tighter group missions.

In response to this feature, Amazon games also carefully organized the new content of the past year into a video and posted it on YouTube. See if there is anything you wanted to experience but missed.

First these new content include expedition dungeons such as Tempest's Heart, Barnacles & Black Powder, and the Ennead as well as mutated versions of the old expedition and a group finder for them. Other than that, the Greatsword, Void Gauntlet, and Blunderbuss weapons are all new. Moreover, players can also have some new skills to match.

However, New World actually lost a lot of players compared to before. Not only did the game sell a lot of copies when it was first released, but New World peaked at one million total online players on Steam. Later, the number of players can only hover between 15-25000. With the release of Brimstone Sands in October, the number of players has picked up again and has reached 50-60,000. If the launch of the "Fresh Start Worlds" servers is successful, it should be able to further attract more players to return.

That's all for this article. If you want to see more game news or want to buy New World Coins, you can go to IGGM.com now.