Brand New Gaming Possibility in Path of Exile from the Rework Gear in 3.19

Hey guys, I think you already probably noticed that the newly reworked Bronn's Lithe in Path of Exile 3.19 gives plus 5 levels and up to 100 increased damage. This would be insane on any spell, but it's restricted to movement skills, and out of the few movement spells, Frostblink looks the most promising. It has good damages and also has the aoe abilities you want form a main skill. With the cooldown though, you'd probably want to go ignite for better damage up time. From my experience so far, it's really good on narrow layouts when you're able to frostblinks and across the map. 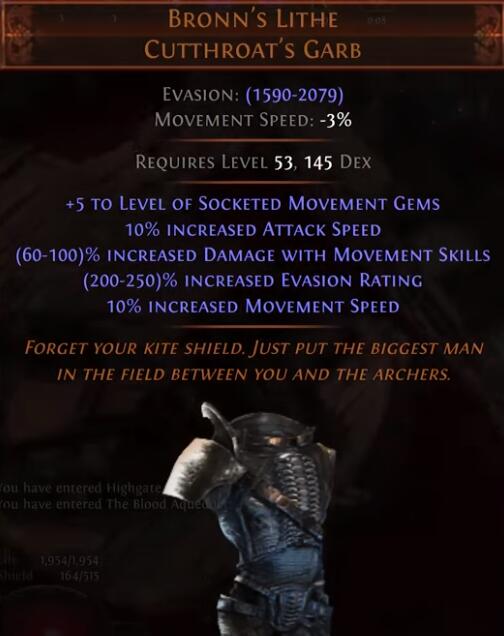 The skill feels amazing, but there are times when its issues get really annoying - not being able to cast your main skill when you want to. It feels really bad, especially when it involves movement, like you expect to move when you cast, but then you don't. Meanwhile, even though it has a built-in cooldown recovery mechanic, you still feel bad when you can not cast your main skills.

Then there's the issue of coverage, being able to clear the screen with one cast would be ideal, but on more open layouts you'll have to jump around back and forth, trying to hit all the mobs in the corners. When it comes to bossing, needing to flash on top of the boss to do damage, actually it is dangerous to do this so I thought about using it as a trap. Being able to just throw traps anywhere you want, not only solves the awkwardness of having to blink back and forth to get all the mobs, but also gives you an additional cooldown use, which has solved much the cooldown problem.

I guess you're just giving up damage in favor of more utility with traps, so it turns out putting a movement skill on traps isn't useless, I think it's actually an improvement on the playstyle. But then I thought the base damage is higher and we get plus five levels from Bronn's Lithe, but then we also have to use the trap support gem, which is very annoy since the less damage multiplier.

Generally speaking, it seems could be viable, because my gear is not at end game stage right now, skill points unallocated as well. While the damage doesn't seem that bad, and the character is also decently tanky.

More POE 3.19 updates and news you can find in IGGM.com, if you want to buy POE Currency you can enjoy the good price and fast delivery speed here as well.